Australia’s Greatest Inventions; From boomerangs to the Hills Hoist by Lynda de Lacey Australia has a reputation for innovation and inventiveness – that famous ‘tie it up with fence-wire’ attitude towards getting things done is one of our best-known national characteristics. Popular opinion tells us knack adaptation jerry rigging so-called ‘bush improvisation’ qualities marks out as Australian. If you had play ‘spot Australian’ among other nationalities, you’d choose ones duct tape pliers in their hands. But ask your average Aussie reel off list uniquely Australian inventions at pub trivia night, most won’t get much further than stump-jump plough, Hoist, Speedos pavlova. Suddenly may find yourself wondering if we’re all inventive culture after all? These examples certainly don’t seem build terribly convincing case. This book proves 200-year-old relatively small population, Australians have richer history we give ourselves credit for. Once we’ve seen this justified, next question becomes; there something cultural wiring, about being Australian, makes more people? 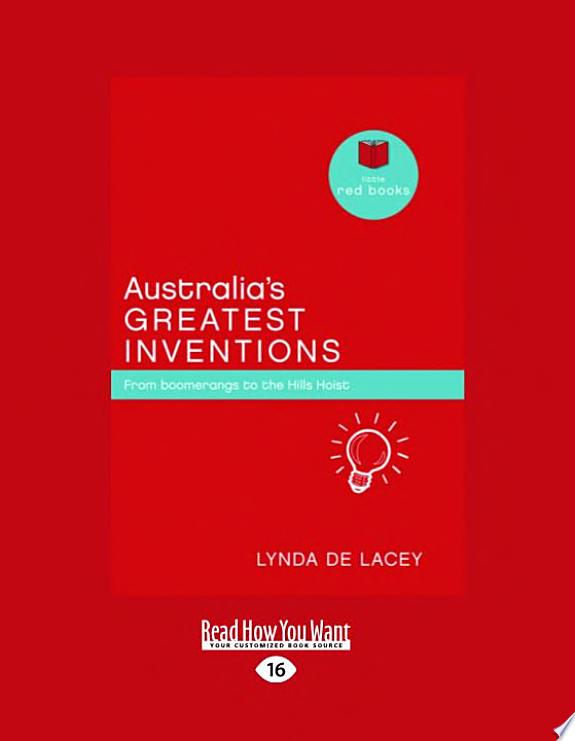